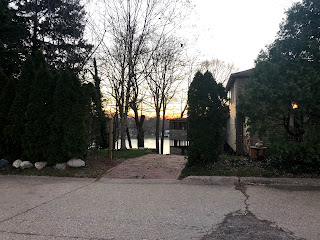 New week. New moon. Get your sass on and make your intentions known.

Books: We only read light things in this house as things change. We seek the solace of mind-candy like other people watch Hallmark movies.

- Twisted Twenty-Six by Janet Evanovich - Let's just get it out of the way that I'm #TeamRanger #RangerForever and, I suspect Stephanie may be leaning that way, too. (Ranger is a keeper. Morelli is a player. IMO. I'll die on this hill.) I kind of liked that Stephanie is feeling a little stagnant and wants to shake things up. A good shake-out isn't a bad thing.

- Must Love Charms by Christine Zane Thomas (Book 3). Kindle Unlimited. This series has not improved. I would not read a book 4.

Cooking: I tried the HungryRoot. It was pretty good! I loved the easy recipes and felt like I was being healthier than eating pizza 3x a week. The red bean quesadillas were particularly delicious and fast. The generous portioning also meant it made 3 rather than 2 suggested. I also had a nice brussels and ravioli dish that was unexpectedly easy and tastier than expected. (I shot you a picture.I also shot a picture of the MASSIVE amount of food I ordered for the week of Thanksgiving since I'll be home. Catch it next week.) 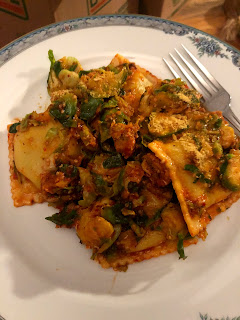 Gratitude: Friends who let you bitch about Tuesdays and like cute cat pictures. Friends who call on Friday morning to wish you a good weekend. Friends who remind you to be safe and not stupid. Cat cuddles. Streaming TV - it's the BOMB. Bunnies on the patio. Taking a risk and having it work out. 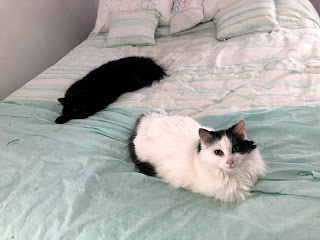 House adventure: Electric is back on in the basement and we have a new front porch light! And the vent cleaning got rid of most of the musty smell.

Watching: Warrior Nun (which I liked a lot less than other people seemed to - probably all the subtitles.) In The Dark (which I liked more than I expected.) The rest of Season 2 of new Charmed which is markedly better than Season 1.

- Memoirs of a Trespasser - Scent notes: Madagascar Vanilla, Guiacwood, Myrrh, Benzoin Resin, Ambrette Seeds, Oak Barrels. This smelled a bit like root beer to me. No idea why. I love the name but it was not something I'd buy. Almost no sillage, either.  I finished off the tiny sample.

- R.E.S.P.E.C.T - Scent notes: your mother’s expensive cold cream that she dutifully applied every night and now you do, too, mixed with fragrant, sumptuous black cherries. I get a lot of cherry and dark vanilla off this. It's still sexy cupcake but richer smelling. It works well for the change in seasons. Sillage is amazing. I get a full day off it.

- Troll Food - Scent notes: melted chocolate, toasted marshmallow, sweet honey graham cracker. I got NONE of that off this. I totally had a cinnamon and caramel coming off this! Very food. It did last very well on my skin. I opened up a sample so we'll have this going for a few weeks on and off. As the mood strikes.

Day time - Standard a shower wash of tea tree cleanser  followed by a third finger (gentlest finger) tapping into the skin of 100% Pure's Super Fruit Oil Nourishing Eye Cream, followed by the Votary serum. (And remember to change your mask regularly. I wore the same one about 3 days and now have nose "maskne". Ick!)

- Night time - 1st cleanse - Lovinah's Dragon's Blood DHA Cleansing Oil as first cleanse (which I killed off - would buy - it's amazing). Following with a 2nd cleanse with my DHC Washing Powder for a little extra exfoliation. The moisture set has been Votary night oil and cream (via the Boxwalla) Plus the Grown Alchemist eye cream.And a quick shot of Monastery Aloe Hyaluronic Moisture Boost on the forehead and neck.

Things 14 said: Iceland is just like Michigan. But not. (Insert laugh from me.) What? They are basically the same climate. (She was explaining her science project to me. Due to covid, they don't go upfront any more but speak from their seats which she said was a lot more comfortable. She got a B-.)

1) Pony-Os are harder to use than the videos make it appear. I tried the BunBar and damn near had to cut it out of my hair.

2) I'm done feeling guilty about spending money. I now make a count every day of what I spend that supports local businesses. Seriously. The best way to keep our economy afloat is to keep our friends and neighbors employed + small business is an employment generator like no other. This week:

- Wednesday - Mailed in my payment to a local service company for the gutter cleaning.

- Thursday - Got coffee and a donut at a local coffee shop.

- Saturday - Got coffee and a muffin at a local coffee shop.

This is my impact on my local business community in a week. What's yours?

3) Do what you can, where you are, with what you have. Theodore Roosevelt

Sometimes I feel like I've lived my whole life by that. I'm scrappy. I'm resourceful. But damn it - there is an inherent LACK in that phrase now when it hits my ear. (I used to hear it as a mantra to leverage what you have and grow.)  I have done a LOT with what I have. Truly. And it's perfectly okay for me to be grateful for what I have and want more. And I do.

I want...more of a relationship (me + a guy), permanently - I want someone who makes me feel like his sun and who values me; and is fun, funny and smart and reliable and responsible and likes adventures of every shape and size. I want more friends. I want to make the friends I have feel valued. I want more help with household stuff. I want new furniture. And that's all okay. Because I'm D-O-N-E playing small.

Take-away - People think of New Years and Spring as fresh starts. They are. But you can start anywhere. The "trick"? Deciding to start.

BTW - if you like the idea of journaling but aren't sure where to start - I have some prompts. And like a fresh start you can start anywhere, anytime. Check out 52 weeks of journal prompts here. 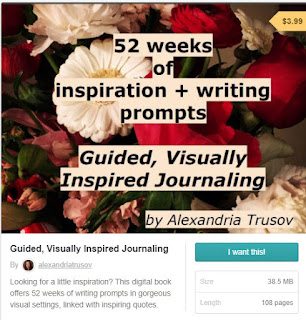 All photos by moi! And you can tell...